Coaching is that buzzword that gets thrown around between leaders and a badge worn by aristocratic employees when they chivalrously say with a puffed chest: “There goes my coach…”. In my past experiences coaching has ended several times to frustration, even though I knew I was making progress and building rapport. But I’m here on a positive note while smashing three myths in coaching.

It might feel like it, but it’s not. It’s a partnership between two colleagues, it is as beneficial to the coached as it is to the coach and at its worst is commensalism. It is prompting, guiding, questioning, and encouraging forward movement while taking ownership of their work and their careers. I have never heard of a coaching relationship that made things worse, I guess it could happen, but if there is goodwill on both ends, it is hard to imagine that it could end negatively.

In the end, coaching gives people autonomy and makes the coach more collaborative and less directive. This just brings efficiency which will save time in the long run while increasing engagement and results. If this is not working then you are hand-holding, check myth #1 again.

Have you heard a company or a person say: “If I grow my people I will lose my people” But, here is the deal… It’s one thing to manage in such a way that you create a revolving door of average talent, that would be a job killer. But it’s quite another to coach people towards depth and mastering. This opens doors to people and by growing talent, you are constantly creating value for yourself, your people, and the company. 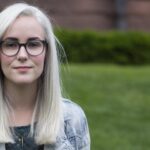 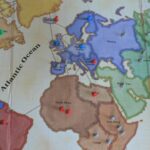 In Between Two Risky Views