How It Started… How It’s Going

You have probably seen a couple of images around with a before and after picture, usually depicting some sort of success or advancement, some mobilization. The word military meaning fits perfectly with the cognitive behavior one, I would argue it is the same, and funny enough, it all might have started with a checklist.

A great tool for advancement is to write it down, to move forward towards your goal. With a little determination and time, there is little that can not be accomplished. Now, let us get back to the textbook definition.

Mobilization is the act of assembling and readying military troops and supplies for war. The word mobilization was first used in a military context in the 1850s to describe the preparation of the Prussian Army.

So what is the secret behind a checklist? There is none. The secret is you and the persistence to keep on accomplishing your tasks. This list is just carrying along, it does have a difference, instead of writing your tasks and scratching them out when you are done. It starts by noting where you are right now, basically answering the question: “What is my current situation?”. The first step is to acknowledge the situation you are in.

After you have a couple of them down, commit to follow-up at the end of a period, whether it is a day, two, or a week. Then scratch and write where you are at, if it is the same spot, do not scratch, but write it down.

So now, one of two things happens. There is either gratitude or success. There is no in-between, if you scratched it, it is a success, you have improved and moved towards your goal. If it is not scratched then there is something to acknowledge that you should be grateful for. Like having a roof over your head.

If you stick to it, your brain will go on looking for “gratitude or success” when you follow-up on the list, and later you will see it pop in your head the moment it happens.

The point of this list is to scratch your way into your goals, one step at a time, being mindful of both the ones you scratch and the ones you do not.

So just like the word mobilization you are assembling and readying for war. Don’t you think?…

how it startedhow it's goingimprovement 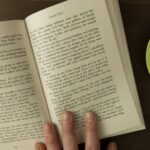 Living Up To The Story 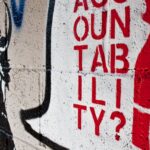