Economists are obsessed with watching how this line wiggles over time, in their words, it says a lot about the economy and where it is headed. Believably it has always predicted an economic recession without fail. So how does this work?

The explanation is mostly straightforward. If you buy a US treasury bond, which is considered to be the safest investment there is, you get interest paid back. The longer the note, the better the interest because there is a greater risk. So for Feb 2, 2021, it looks like this.

Which is a normal-looking Yield Curve. Pretty simple, right? In the real world, it gets much more complicated. This changes daily and is impacted by deflation, inflation, and reflation (A policy to expand output during an economic slowdown). The first two you could say “happens naturally” the third one, we create… Or the Fed does basically with a superpower called monetary policy. Take a look at the same graph of the Yield Curve looked before the recession of 2006

We were experiencing the same phenomenon well before COVID-19, where the Yield Curve was starting to invert, and then it got straightened out by monetary policy in hands of the Federal Reserve. Even though Economists hold the yield curve close to their hearts or not, its widespread popularity brings people to make conclusions on the general state of the market. At the end of the day that is what moves the market… The simple perception of the future of the people in the market.

Take a look at the following 100 second video by EEEAGLI to see how it all played out day by day.

What Does A Cone Have To Do With Project Management? 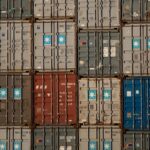 The Size Of The Vessel Matters