Give Respect Where It Is Due

A while ago I wrote a post where I mentioned the video of Heart covering Stairway to Heaven and since then wanted to expand a bit more on the situation of the video. While the sound and everything around it is amazing, there is some context I need to fill in.

There are seldom chances when you get to play a cover song to the artists that created it, let alone in the Kennedy Center with such a prestigious audience which included the president.

Ann Wilson, the singer of Heart, has said on several occasions that she was inspired by Led Zepellin and she felt that she could not do it without talked with Jimmy Page and asked for his permission to play the song and Page granted it.

Robert Plant’s eyes manifest words. After a 45 year career and selling millions of albums and creating one of the most iconic rock songs in history he is moved by the performance sung in a new light. Did you notice his reaction when the choir unveiled?

John Bonham, the drummer of Led Zepellin, died in his sleep at age 32 in 1980, and Led Zepellin never returned to the studio. There is a particular focus on the drummer because it is the kid who the band watch grew up and plays the song that his dad and friends created. 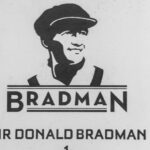